Does this child have a choice? 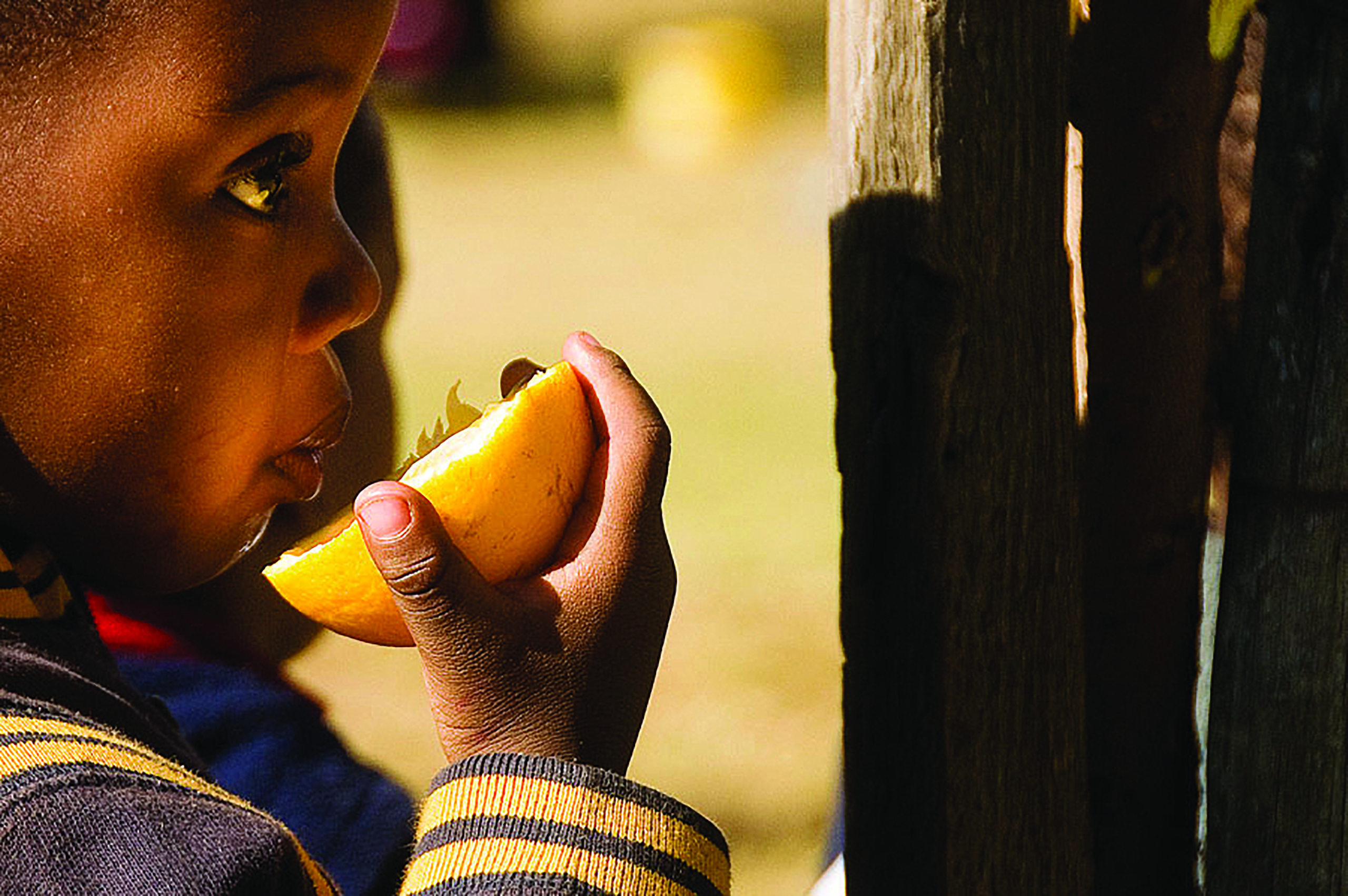 Written by the South African Conversations team … based on the true story of a boy named Thabiso.

A baby boy is born. A mother’s heart is filled with pride, joy, love and an overwhelming sense of responsibility to help this child become all that he can be. She names him Thabiso. It means ‘joy’. Somewhere in the background is a gnawing, unacknowledged fear: will she manage to feed this extra mouth?

Thabiso is a happy child. He lives with his mother and grandmother in a brick room in Chiawelo, a township in Soweto. They survive on his mother’s salary as a domestic worker in the suburbs — emakhishini. But there is always enough food and his grandmother is always there. She feeds him pap and morogo, which grows next to their house. At night time they often eat meat: chicken feet or heads, cow’s hooves or skop (sheep’s head).

Thabiso doesn’t see much of his mother because she leaves for work long before he gets up, and she comes home long after he has gone to sleep. Even so, he knows she loves him. They play on Sundays and she makes vetkoek with sweet syrup. Thabiso is happy.

Thabiso comes in from playing outside one morning and finds his grandmother collapsed on the floor. She doesn’t answer him. He sits with her the whole day until his mother comes home. A neighbour takes care of him the next morning. His mother first has to catch a taxi to the suburbs to ask the madam for time off to arrange the funeral. (She dares not phone for fear of losing her job, because it may be assumed she was just making excuses. Too many people have relatives who are always dying.)

Thabiso now goes to bed alone at night. He wakes up alone in the morning. The neighbours keep an eye on him. Kind of. For the first time in his life he feels lonely. Thabiso is six years old.

One Monday not long after his grandmother died, Thabiso’s mother returns from work far too early. The house where she works was locked and the madam wasn’t there, she explains.

She goes back every day of that first week, thinking that perhaps something had happened, like a death in the family. Then she goes back every other day. At the end of the second week she hears from a man on the road that the ‘baas’ had lost his job and that’s why the family had moved — apparently without telling anybody.

Thabiso’s mother is now officially unemployed. She walks to town almost every day, looking for a job. She knows that the hour-long walk makes her sweaty and smelly, but she doesn’t know what else to do: she doesn’t have money for a taxi. Weeks and months pass and she can’t get a job. She cries a lot. There is no more meat, just pap and morogo. And sometimes, just morogo.

Thabiso’s mother can no longer pay the rent for their one-roomed dwelling. They move into a zozo (a corrugated iron and cardboard shack) in the squatter camp on the edge of the township. The shack is freezing in winter and like a furnace in summer.

There are always strange men around … they come and go and make strange noises in the shack, while Thabiso sits outside or stays under the bed if its late at night. At least there is food.

Thabiso is glad to escape to school in the mornings. But that, too, soon comes to an end. His mother doesn’t seem to care about anything any more. In fact, she hardly seems to notice Thabiso. She drinks a lot of beer and she never makes vetkoek any more.

By the age of 9 Thabiso is a confirmed smoker. Somehow, puffing on the stubs left by the visiting men makes him feel less hungry. Thabiso’s main focus now is to find something to eat, every day. It feels stranger when he has eaten than when he hasn’t.

Then what seems like a small miracle happens: Thabiso slips a banana into his pocket at the local spaza. The woman doesn’t notice. Thabiso has discovered how to steal. First it is just food. Anything to stave off the hunger: fruit, bread, Niknaks. And then the realization that it doesn’t matter what he steals: what he can’t use he can sell and if he can sell something, he can eat.

At around 11, Thabiso discovers that smoking dagga takes the edge off of hunger much better than the cigarette stubs. I-pilisi (Mandrax, tic or any drug) works even better. He hasn’t seen the inside of a school for years.

When he is about 15, one of the men who sometimes visits his mother gives Thabiso a gun and tells him to hide it. He says that he will come back for it, but he never does. This gives Thabiso the means to take his food-sourcing activity to another level. He never shoots, he just points. He revels in being able to eat whenever he feels hungry … and even when he doesn’t feel hungry. He revels in the power that is all of a sudden his.

Stealing cars is fun, too. And practical, because he can quickly get from point A to point B, lessening the chances of being picked up. Crime becomes a way of life. Thabiso often breaks into houses in rich areas. He knows that what he’s doing is wrong but, he tells himself, he doesn’t hurt anyone … just re-distributes things a little. He’s practiced shooting at trees and things far away from home — but he hasn’t actually needed to use the gun. Just pointing usually does the trick.

Then one evening a man in a big house, which he had thought was empty, startles Thabiso. They see each other at the same time, fear registering in each face. The man reaches for a drawer, but Thabiso’s finger is quicker. Thabiso is shocked at the blood and the gasps for life. He is even more shocked when they arrest him two days later.

Months later, Thabiso struggles to look at his mother as the judge sentences him to 18 years in prison for hijacking, armed robbery and attempted murder.

These are our children. We will all profit by, or pay for, whatever they become.

If Thabiso’s mother’s employer had registered her with the Unemployment Insurance Fund (UIF), she would have been able to claim the following benefits after losing her job:

•   Financial support equivalent to 15 days’ worth of pay

•   Registration as a work-seeker with the Department of Labour

And who knows, perhaps Thabiso’s life would have turned out differently.

So, please do the necessary to protect the people who work for you. You can do it all over the phone or online. Call 012 337 1680 between 8 am to 6.30 pm on weekdays, and between 8 am to 12 noon on Saturdays. Or write to domestics@uif.gov.za or go to http://www.labour.gov.za and search for ‘unemployment-insurance-fund-uif/ document’. Failure to register a domestic worker for UIF – even if she works for only 24 hours a month – could land you a hefty fine and even jail time.